Tigers2011 said:
So be it - CCJ goes and yes its a blow. Can understand why - he'll get to play for a start. I saw it as more of a battle between him and Soldo for a spot next year.

Long term, I'm not sure he would have been taking over Jack's spot as such. As a key forward, he plays more like Lynch and not sure how we would have fitted the two of them in. Anyway move on and invest in Ryan now to begin with. How ironic it would be if he came on in leaps and bounds next year.
Click to expand...

Yeah as i mentioned before hope the pick ( player from that pick )or player we get from North becomes a star and Ryan becomes the best ruck forward in the comp in a few years ..Happy we picked up Ryan now .
Reactions: 1 users

MalenyTiger said:
Has he actually said he's leaving yet?
Click to expand... 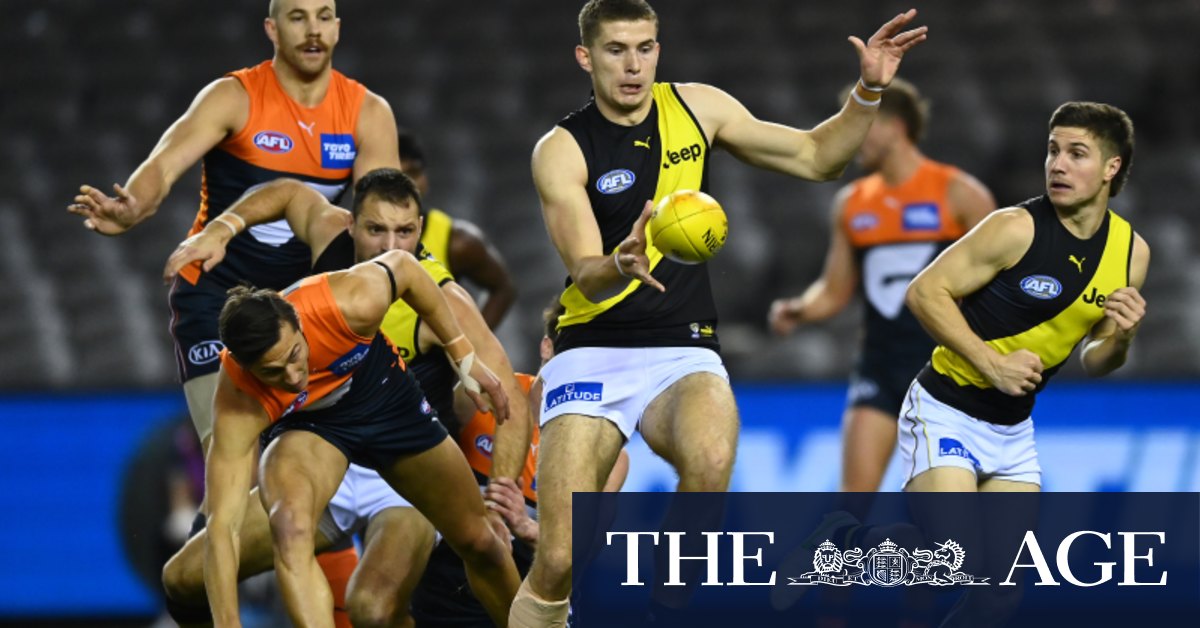 Dusty might agree with this: Anyone who chooses to go to North isn’t quite the full kebab.
Reactions: 3 users
W

Funny that others are saying Chol is gone and CJ still deciding.
W

The article says we are privately a little pissed. I can understand why - he didnt even offer to contribute (even in a small way) to the $100k fine.
Yes, I know the Players Assoc pushed back on this, but he could have offered even a small token amount. In the end, from what I read (is it true?) he and Sydney paid nothing.

I wonder if this surprised the List M/ment team. They coudn't surely have assumed both would depart. Otherwise they may have slightly upped their offer to one of them? I actually dont rate either player but to lose both is a surprise.

As someone else posted, adds to an age imbalance on the list.
Reactions: 2 users

Dissapointing , actually *smile* poor after club stands by him, however we move on .

I just hope we don’t re sign Chol now or get any half arsed talls like Obrien, etc .

North’s second pick would be a fair trade all around imho
Reactions: 7 users


Richmond tall Callum Coleman-Jones has told the Tigers he wants to be traded to North Melbourne while big man Mabior Chol is likely to join the Suns.
Coleman-Jones informed the Tigers of his preference to move across town to Arden Street with the promise of more opportunities to play senior football and to spend more time in the ruck.

Coleman-Jones was also courted by the Gold Coast Suns but declined their offer in favour of a move to the Kangaroos. He informed all three clubs of his decision early this week.
Coleman-Jones was drafted as a ruckman from his junior football and wants to spend more time in the ruck. While Todd Goldstein will naturally remain first ruck, he is in his final season or two and North believe the arrival of support will help him potentially extend his playing career if he can alternate with Coleman-Jones in the forward line.

Out of contract Tigers teammate Mabior Chol, who is an unrestricted free agent, is likely to accept an offer from Gold Coast.
The four-year contract offer is likely to earn the Tigers a third-round compensation pick. Potentially the pick could be as early as the second round, but that is doubtful and will hinge on the final amount of the contract.
With the Suns determined to gain support for Ben King in the forward line and Jarrod Witts in the ruck, they had chased both Coleman-Jones and Chol.

A move to the Gold Coast would have had an irony about it for Coleman-Jones, as it was the location of his COVID breach, where he and teammate Sydney Stack got in a fight outside a kebab shop after being kicked out of a strip club. He was suspended for 10 weeks and the club fined $100,000 for the breach last year.

The fact Coleman-Jones has chosen to leave after the Tigers were heavily punished and supported him following that incident has left the club privately angry.
The trade value for Coleman-Jones is difficult to quantify as he was pick 20 - the first pick in the second round - four years ago but has only played nine games in that time. North Melbourne presently have the first pick in the second round of this year’s draft.
The Tigers would consider that four years of time put into a player and the contract terms offered to him to move would mean he is worth a pick better than what they originally used on him. North would argue Coleman-Jones has only played nine games in four years.
While it is unlikely to be used, the Kangaroos also have the first pick in the pre-season draft, so theoretically if negotiations failed he could walk there for nothing.


Richmond had feared one of the players might leave for more opportunity but they were hopeful they would be able to keep one of the out-of-contract talls.
The duo will exit believing in large part that with Toby Nankervis coming back into the team and Ivan Soldo returning from knee surgery next year, they would be pushed down the pecking order behind the premiership ruckmen. Now the Tigers have lost the depth they had to support their ruck and tall forward stocks.
Both players were worried that with COVID uncertainty continuing there is no guarantee that yet another VFL season will not be interrupted next year and not playing regular senior AFL football may mean no regular football anywhere again next year, which comes after two years of interrupted VFL seasons.
C

Mr Brightside said:
Dissapointing , actually *smile* poor after club stands by him, however we move on .
Click to expand...

I doubt he'll ever be a Lethal Weapon, but uncle Benny reckons he's a plick!!!

TigerFurious said:
Not even close to qualifying. You’ve got to have been on the list for 7 years and have consistently shown no desire for the contest.
Click to expand...

He was an apprentice version

1. We are really going to regret this and 2. Jack Riewoldt is going to need to produce three good years if we are to win a flag.
Reactions: 1 users

Chol is a certain best 23 at *smile* coast but is Coleman Jones a certain starter each and every week.
Are North VFL still partners with Werribee?
Reactions: 1 user

Dont compare Riewodlt to this fkstick.
Seriously besides the Adelaide game there weren't many others to get excited about.

The Booing of Coleman Jones will surpass the booing of Goodes
Reactions: 2 users
T

What has Jack done or said to you for you to have such a dislike for him?
Reactions: 2 users

Agreed.
Riewoldt needs to mentor a developing tall forward to continue the chain.
The Sampson recruitment even more difficult to comprehend now.
We’ve neglected KP talls for a whilst but have stock piled rucks and ruck/forwards.
Now in one foul swoop we’re totally exposed
Reactions: 1 user
W