spook said:
Being premiers makes trade week almost irrelevant. There is another flag or two in this group no matter if we add to it or not.

Being premiers, to paraphrase Caro, puts a spring in your step. It was an amazing September, one I was glad to share not just with my actual family and friends, but also you motley lot, from watching VFL finals with Dyer'ere, to pre-prelim beers with Leysy, to VFL grand final cheering with snakey, easy, CC, Oldie, taz, TOT and caeser, it was great to put some faces and voices to the written word. High-fiving strangers at the ground, outside the ground, on Punt Rd and up Bridge Rd (I didn't make it to Swan St - my one small regret), seeing how important it was for so many people. The release of all that pain, the pure joy, the serene, supreme, golden glow of the last 15 minutes and the following hours.

Nothing will top it as a Tigers fan. We'll win another flag and that will be joyous too, but not to this extreme. This was a once in a lifetime experience. I'm so glad I was there and made sure to soak it all in. I've seen the replay at least four times but I can close my eyes and see every goal, every key play, the presentation and lap of honour, the faces of so many fellow travellers, the sea of yellow and black, the thunder of 'YELLOW AND BLACK", from my seat in the southern stand, on the opposite side to the cameras. My mind's eye and ear will retain those images and sounds and I'll never forget how I felt.

Incredible. Amazing. So happy and so proud, for - and of - all of us who were there at Windy Hill for the Save Our Skins match in 1990 and the tin-rattling on street corners and in shopping centres, who suffered the derision of others and felt the disbelieving sense of betrayal at the knife plunged into our hearts over and over by those entrusted with steering the good ship Richmond FC.

As Dimma said in his acceptance speech, this one was for us. The next one will be for them, as it should be.
Click to expand...


zippadeee said:
Ashcroft is hated up there. X players can't stand him.
Wouldn't surprise me this kid has just been put off, is better then he has shown.
His no Mc Cartin
Click to expand...

willo said:
Have another crack at it zips ;D
0-2 so far
Click to expand...

Bit of tongue-in-cheek gold from Midsy in the 'not-so-nice' of the Hannah Mouncey threads:

If she was allowed to play , how would she go ?
Click to expand...

At the risk of pushing my favourite thread off the front page again, I have to nominate easy,tiger:


easy said:
I feel like we've all won some kind of galactic lottery, to barrack for Richmond during The Dusty Era.

people have been watching sport around here for about 30,000 years. The Dusty Era will last ten. In order to be us, you pretty much had to be born in Victoria, Australia to a Richmond family. So I

suppose the odds are

The simplified odds of us barracking for Richmond during The Dusty Era are approximately 19 million to 1.

Here's a winner from the Masochist. Short rally then drives it down the line.


TigerMasochist said:
AFL HQ just tipped in another lazy $5 mill to keep the debt collectors at bay. Extremely poorly set up n managed from the outset Mould Coast. They, like GeeWhizzSydaknee are always going to be a long term and expensive growth project for the AFL to create a truly national competition.
At least GeeWhizz are holding up their end of the deal by playing a robust, entertaining game, performing well on field and providing a platform for future generations of kids to be interested.
Mould Coast on the other hand are stumbling n shuffling along performing like a bunch of incontinent old pensioners, uncertain whether to hold their place in the buffet queue or duck out for a necessary pee break n start all over again.
Click to expand...

I didn't realise Gil posted here, yet here he is pitching more ideas on the AFLX thread.


TJsFurrow said:
I’m not a hater. I like new stuff and I’m a believer in growing the game overseas or interstate. But it was kind of sh!te. Luckily, I’ve come up with a few tweaks to soup it up a bit:

- Umpires are clogging the TV view. Let’s put them in a blimp. Instead of throwing the ball up they could just hover over the middle and drop it. They could make decisions from an SMS machine in their dirigible. Interactive. We could all be blimpires.

- Turn the lights out for 10 seconds at random moments.

- All fans could be given a gun on entry. Nothing life threatening - something between a low powered air rifle and a high powered nerf gun. Three pellets each. Choose wisely.

- If the footy goes into the crowd, the fan can kick/handpass/throw it to any player they choose and play continues (particularly pleased with this one).

- Padded walls instead of a boundary line. Checking. Awesome.

- The AFL boys eat up the distance too easily, so they should play with a half-deflated ball. Or a possum skin.

- Powerplays: This could be interesting. Teams could choose a two-minute block when their scores are worth double. Or maybe the other team have to play barefoot. Or handball only (bring on speedsters).

- Goal posts should be giant pinball thingies where the ball bounces off them at speed and makes a cool noise.

All it needs is a few tweaks.
Click to expand...

Vlaustin, failed mid
Grimes, injury plagued
Prestia, dodgy Knees
Dusty, was still only human at the start of the year
Ellis, too soft to be in a finals side
Grigg, can’t kick, too slow
Reiwoldt, selfish footballer
Cotchin, poor leader
Edwards, doesn’t deliver in the big stage
Astubury, can’t stay on the park, too slow
Houli, see Ellis
Rioli, just a kid
Rance, not that long a go most had him delisted
Townsend, well he was just no good
Caddy, too slow, 3rd club reject
Lambert, just a vfl player
Nankervis, dropped from the Swans 12 months earlier
Mcintosh, not good enough
Graham every club over looked him at least once, a lot said too slow
Broad, another failed state leaguer
Butler, could get near it at vfl 12 months earlier
Castagna , was just a messy footballer

What a bloody team the 2017 Richmond football club premiership team is.
Click to expand...

and a board that were under pressure at the start of the year. It's truly incredible what the club managed to achieve.

goldposts on page 8? and some beautiful poetry from

Pokey, replying to Kiwi, who was sitting behind a mysterious bloke, who was long at the back with the side deprived, who prophesised great things for Connor Menadue

"Always trust the guy with the mullet" goes Pokey.

On the possibility of Brett Deledio playing for GWS in a Grand Final..


Tony Braxton-Hicks said:
If GWS play in the GF and we don't, I won't watch.
Click to expand...

scottyturnerscurse said:
Neither will I.

Instead, will go to the zoo.
Click to expand...

taztiger4 said:
A couple of weeks ago a little Broady birdy told me he Nathan Broad had re-signed for 2 years.

That same Broady birdy just told me he doesn't know why the club hasn't announced it but I was ok to let people know.
Click to expand...

TigerForce said:
That bird wouldn't have blue feet would it? ;D 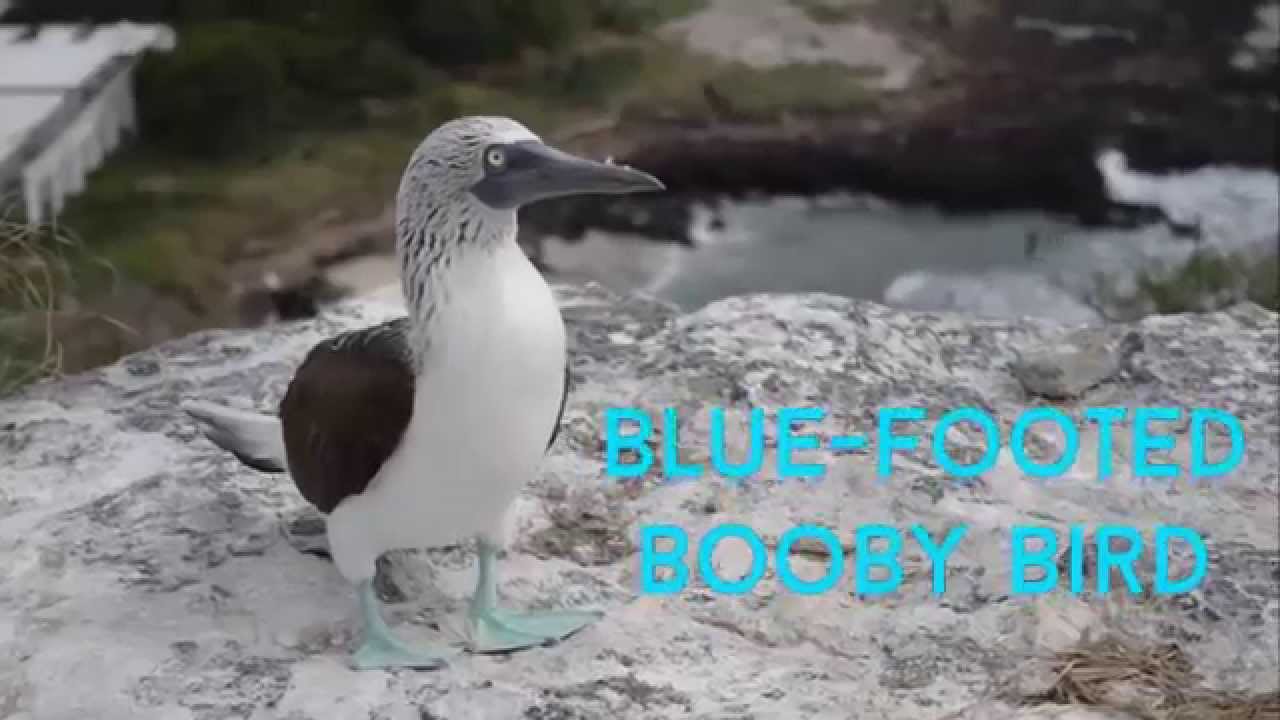 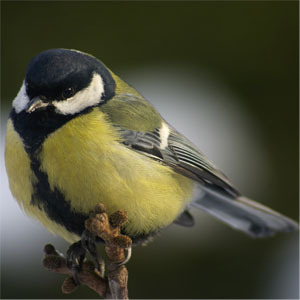 no I think its more like this bird... black and yellow in colour and called the Great Tit
Click to expand...

This pearl of truth from jb re the skipper:

jb03 said:
Looks too good for this level. Is there a better comp he can go and play in?
Click to expand...

All for one and one for all

"hey, gimme odds on Richmond being on our knees when two expansion clubs come in, and a powerhouse when they die? Oh, and also, what the odds one of them turns out like an Oscar Wilde fable, and the

other the embodiment of a grotesque Animals song?'

the bookie would have said

'give me two bob, and I'll match it with the planet'

and so, we find ourselves in an extraordinary position.

we are a powerhouse, weve got 95,000 ticket holders and a cup to prove it. and, these two cynical, contrived, cultural vomit buckets are entirely *smile*ed.

GWS season on the line yesterday. they gave out a thousand tickets at the local CES, and half a dozen turned up. Better than the players, who were taking selfies at 3/4 time.

and we should get a huge metaphorical cast iron stock pot, big enough to fit two entire clubs, and get it simmering over fallen red gum branches in the carpark of the MCG

and make a huge footy stock and hire a sewage truck to suck the stock up, and expunge the fetid broth into the dining room of the Mornington Polo club.
[/quote]
E

Tails suggesting what Higlet might be working on for his HT address this week. Imagining this cracked me up.


Tails said:
He'll sing the Elvis song, "i'm caught in a trap, I can't hold on, cause I love you too much baby, why can't you see, what you're doin to me when I don't believe a word you're sayin. We can't go on together with Collective minds........."
Click to expand...

Gill the head honcho: Geez. We gotta fix it. What does the fan survey say?

GTHH: I did the fixture. Thing of beauty it is. Carlton were rapt. Don't touch it. What else is there?

SH: The plebs don't like it when all the good footy is on Foxtel and they can't watch it

GTHH: They'll just have to get a Foxtel subscription, or pay for our Live App so they can watch all the games on the screen the size of a credit card. Can't upset the broadcasters - I've just got my ivory polo stick and a gold-plated feedbag for my horsey. Next

SH: A lot of comments about the appalling standard of footy journalism and commentary.

GTHH: Really? Wowee, I reckon BT is grouse. Is there anything else?

SH: I think I'm getting indegestion

GTHH: THAT'S IT! Congestion. It's the bloody congestion.

GTHH: Hocking, go out and find me some new rules to fix this indegestion ya crazy bastard!
Click to expand...


kiwitiger said:
Just like Elvis in his movies in a bar brawl , hair stays perfect .
Click to expand...