half their salary cap will go to Williams, Martin and McGovern
Reactions: 1 user

Harry said:
half their salary cap will go to Williams, Martin and McGovern
Click to expand...


Well Martin was front-loaded and comes back to $300K from next year. How many goals they'll get for that from an erratic player is anyone's guess.

LeeToRainesToRoach said:
I made the mistake of feeling a bit sorry for them during Pagan and early Ratten when our crowds against Carlton slumped. Never again!
Click to expand...


I would never, ever, EVER feel sorry for Carlscum. Cheating Tanking scumbag of a club.
Reactions: 4 users

LeeToRainesToRoach said:
Eh, Carlton just paid Jack Martin $1m for 12 great goals and paid McGovern nearly as much to attend the fat farm. Everyone knows a gig at Carlton is football's equivalent of a public service job.
Click to expand...

I like your analogy, but knockin public servants is out of bounds, having been one for nearly four decades, that hurts.

TigerMad said:
I see Callum Moore only got two games with Carlton this year and is now out of contract.
I liked Moore (and Menadue) and thought they would carve a career elsewhere ......

Would have thought Moore had enough skills so that Carlton could have tried him in a few positions this season.....
Was he injured?
Click to expand...


Carlton have enough in their tall stocks to not need Moore.

He was only brought in as insurance with Curnow sidelined.

And GWS will get a first round compo pick for him - what a load. Just shows how badly we were ripped off with Ellis

Kreuzer and Simpson retiring frees up cap space that they waste on a half back Flanker.

craig said:
Kreuzer and Simpson retiring frees up cap space that they waste on a a half back Flanker.


Spot on, just like Hill at the Saints he's not worth 800K, outside players like Hill never pay them 800K+

Gee Whiz are being dismantled slowly by the Vic Clubs and the bite of the salary cap, and seemingly the slapping last September has hurt them..

They are starting to bleed experience now faster than they can develop it.

Lobb, Wilson, Tomlinson, Trelol, Adams, Hoskin - Elliot, Marchbank, Setterfield and Steele, all regular 22 seniors at other clubs now add on Williams and Corr thats alot of experience. Perryman no certainty to stay there either, Sauce Jacobs is out as soon as he got in and Shaw and Mummy may or may not go on. They also lost the promising Bonar last season to the Kangas.

Cameron, Greene, Taranto, Coniglio, Davis, Haynes and Whitfield is where their salary cap is probably stretched across on first glance..

Hence there are opportunities for others to actually leave now and get more cash elsewhere like Williams and Perryman, Corr etc.

Its worked out well financially for many as they have been well overpaid for many earlier years with the bigger luist and cap and assistance, now the list size and cap is biting they can leave now and get overpaid again.

Players like Daniels and Hopper will also start getting sounded out I reckon.

Gee Whiz they've lost some players, with more still to come by the look of it.
Last edited: Sep 21, 2020
Reactions: 1 users
T

LeeToRainesToRoach said:
Re-signing Betts in the first place wasn't a great move. By extending him for another year it sort of takes focus away from Butler running around in finals...

They don't actually have many veterans after the retirements of Simpson and Kreuzer. Betts, Murphy, Curnow, Casboult, Jones - next oldest is Nic Newman who's 28 in January, and there's talk Casboult might go also. Problem for Carlton is that the next group from Newman down to Plowman at 23yo, with a couple of exceptions, isn't strong. Most of the burden is on the shoulders of Charlie Curnow down.


I made the mistake of feeling a bit sorry for them during Pagan and early Ratten when our crowds against Carlton slumped. Never again!
Click to expand...


Betts was a disaster of a move imo. For a team that is rebuilding its youngsters to pickup such an old player, just didn't really get it. He started off ok but his last 10 games netted just 4 goals not scoring in 7 of those games. A Carlton supporter claimed that it's his on-field experience that they bought not necessarily his performance. I'm just not sure he's a great teacher of the game. To resign him for 2021, wow.

Champion that he is and has been, the recruiting of Betts has been a disaster he goes next year they still have no small forward to replace him or complement him.

They probably could've had Butler.

Maybe they could've had Ellis, both of those Tiger boys would've been massive assets for Carlton.......lol they went the feelgood story thats gonna leave em with the morning after horrors wanting to chew their arm off when Eddie retires.

Perhaps they should give him another brown paper bag to keep him quiet
I'm going to send Cain Little a xmas card this year. 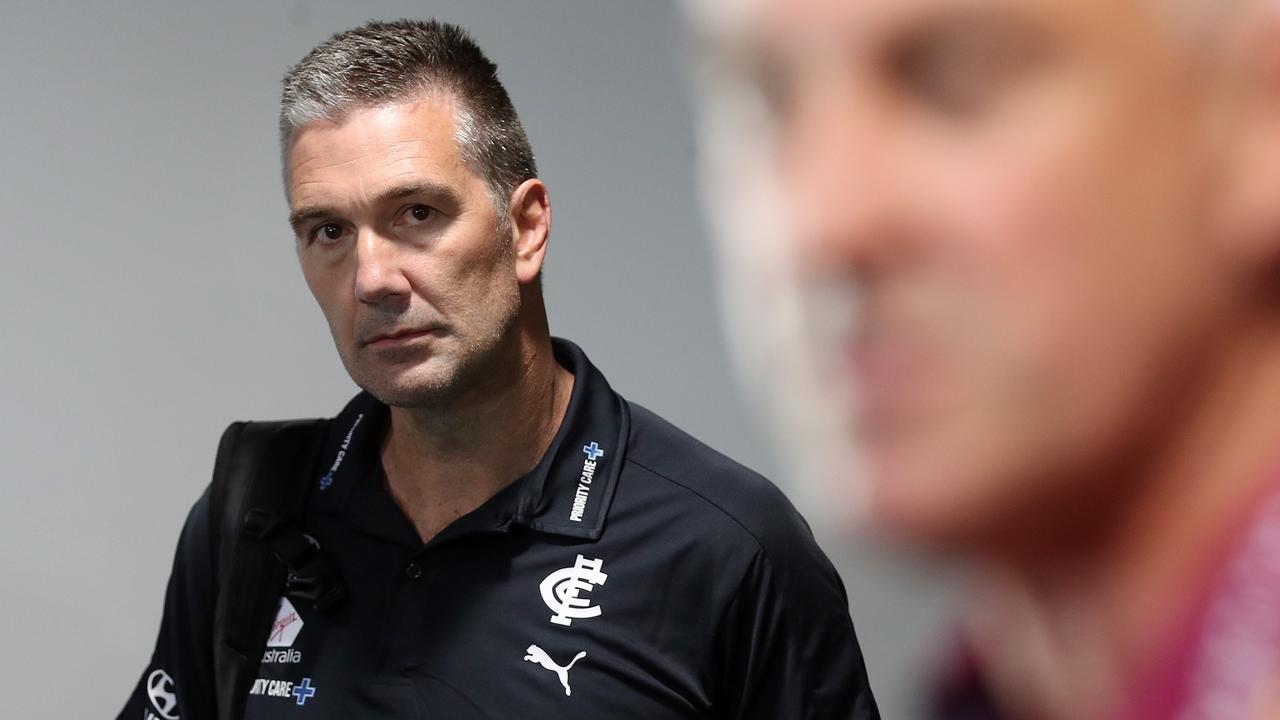 Just more me me me from Carlton.

No change yet
Reactions: 1 users

Carltoons Favourite son built the list with his own hands?
I wouldn't be admitting to that.
He failed at GWS with ever pick under the sun and done no better at carltoon.
Wish they kept him for the laughs.
Reactions: 1 users All we need now if for Sheedy to get elected President and have him appoint Hird as Director of Football.
Reactions: 3 users

Carlton's heading back towards good shape off the field but there are plenty of loyalists who still see Liddle as an outsider who knifed a favourite son.