Coburgtiger said:
Just cause you've thrown your lot in with terrorists, don't take it out on us.
Click to expand...

Terrorism is Islamic terrorism. It can't be redefined by *smile* journalism.
Reactions: 1 user

late 18th century (in reference to the rule of the Jacobin faction during the the period of the French Revolution known as the Terror): from French terrorisme, from Latin terror (see terror).


The Oxford Dictionary calls terrorism “the unlawful use of violence and intimidation, especially against civilians, in the pursuit of political aims.” Merriam-Webster calls it the systematic and coercive use of terror, defined as “violent or destructive acts (such as bombing) committed by groups in order to intimidate ...

This is just plain nuts

And there we go.

Lee's gone full Trump on this one.
Reactions: 1 user

LeeToRainesToRoach said:
"Right-wing terrorism", such as it is, is merely a reaction to the other. And the other is the spawn of leftism, which is why you lot are so keen to dismiss it or explain it away or occasionally even justify it.
Click to expand...

Or are you seriously equating conservative Islamism with leftism (whatever that is)?

You seem a little confused here, time for a lie down and a bex.

Right wing terrorism is simply right wing terrorism, they are quite capable of blowing up buildings etc all by themselves, along with plotting to kidnap a governor and all the other crap they get up to. A 250% rise is a 250% rise, are you questioning the percentage rise or just trying to play down the impact of those who are right wing and terrorists (in any case would that not include Al Qaeda and ISIS - they are right wing). Or are the lovely militias toting their guns in the USA freedom fighters in your opinion?

PS - terrorism existed before Islamic terrorism became a thing. Are you seriously telling me the Zionists didn't use terrorism in the 40s, that the Liberation Tigers in Sri Lanka who invented suicide bombing are not terrorists?
Reactions: 1 users

antman said:
Lee's gone full Trump on this one.
Click to expand...

Just this one?
Reactions: 1 user
B

Another alleged terrorist in court: A NSW teenager accused of espousing far-right terrorism will remain behind bars following a court appearance.

Tyler Jakovac's matter was heard in Albury Local Court on Thursday but he did not appear in person.

The 18-year-old faces charges of urging violence against groups and advocating a terrorist act or commission of terrorism offence.

Police allege he used the web service Telegram from October 19 last year until Wednesday to urge violence and the killing of "non-whites, Jews and Muslims".

He has allegedly used the far-right European Brotherhood group to urge violence against other races and religions.

He did not make a bid for bail.

Jakovac had been arrested at his Albury home on Wednesday morning.

He will return to court in Parramatta on February 26.

Commonwealth prosecutors are involved in the case as it involves two federal charges, rather than state offences.

The court heard the case was moving to Sydney as the chief magistrate preferred terrorism cases be heard at Parramatta.

Lawyer Mark Rosalky did not oppose the case being moved or the 11-week adjournment.

Magistrate Richard Funston said he could raise that issue with corrections staff.

"If you just make that note to Corrective Services," he said.

The court heard a brief of evidence would be served on Legal Aid's commonwealth crime unit in Sydney by February 18.

"That's correct Your Honour," he replied.

Mr Rosalky declined to comment on the case outside court.

Jakovac is in the Albury police holding cells.

Federal police involved in Wednesday's arrest appeared in court but Jakovac did not have any family or supporters appear.

Bugger, wrong thread. Thought i was going to be reading about another shark attack.
L

jb03 said:
Bugger, wrong thread. Thought i was going to be reading about another shark attack.
Click to expand...

No, JB. Donald Trump is the only 'great white' here (in the eyes of some!).
Reactions: 1 user

leon said:
No, JB. Donald Trump is the only 'great white' here (in the eyes of some!).
Click to expand... 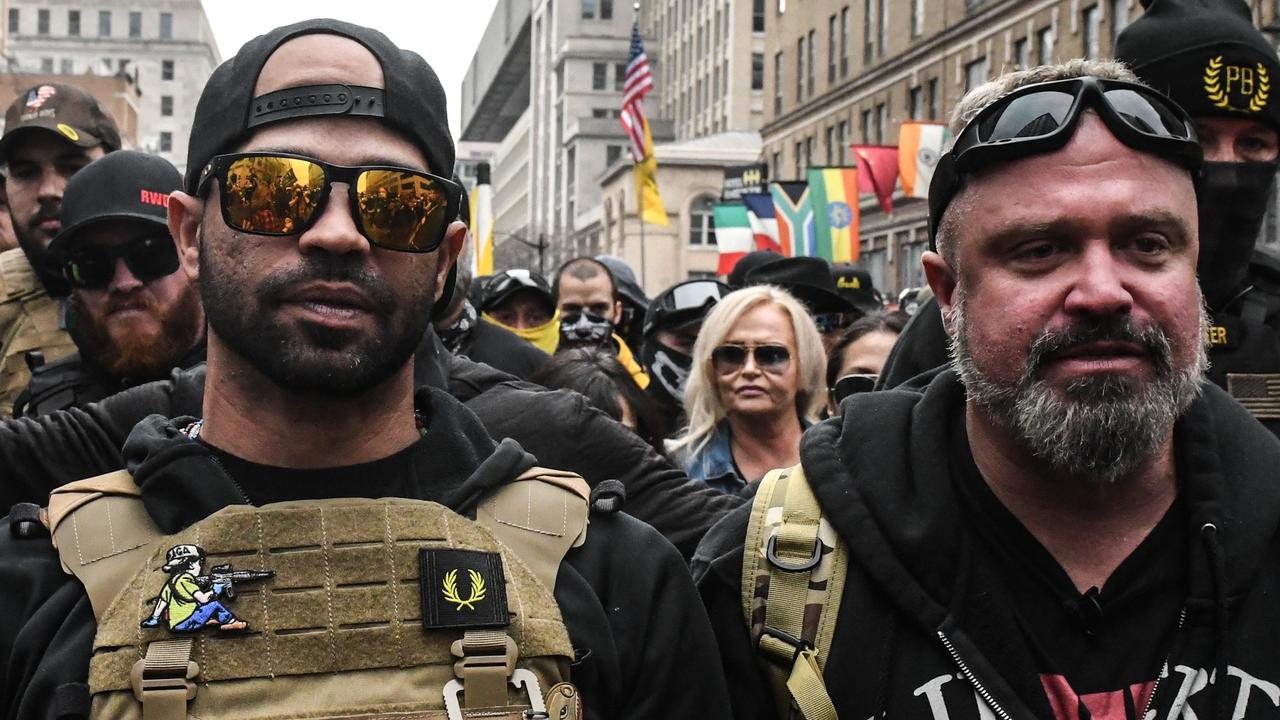 Far-right extremism has been on the rise in the past year in response to federal and state governments’ handling of the coronavirus pandemic, one expert says.

A man shot and killed by police on a Brisbane motorway after cutting off a GPS tracker and advancing on officers with a knife had been accused of being a radicalised ISIS supporter.

State and federal police are now investigating the motives of 22-year-old Raghe Mohamed Abdi, with officers told statewide to increase their vigilance for possible terror events.

“At this point in time, we’re not calling this a terrorism event,” Queensland Police Service Deputy Commissioner Tracy Linford said.

“We will have to pursue each of the avenues of inquiry to determine what led to him being (there) at that point in time and what led to him pulling out a knife on our police officers.”

Police were called about 6am on Thursday after reports that a man was walking on the Logan Motorway at Drewvale, causing a hazard to motorists just as the morning peak hour started.

Two officers were trying to coax him off the road when he produced a knife, Ms Linford said. He was shot multiple times and died at the scene.

The man was later identified by police as Mr Abdi.

In May last year, counter terrorism officers arrested Mr Abdi at Brisbane’s international airport as he waited to board a flight to Somalia with a one-way ticket.

Australian Federal Police Deputy Commissioner Ian McCartney said on Thursday that police suspected Mr Abdi was going overseas for a foreign incursion, but released him without charge due to insufficient evidence.

His passport was subsequently cancelled, and in June last year he was charged with refusing to hand over his mobile phone’s passcode, Mr McCartney said.

Remanded in custody, he refused to answer the magistrate or acknowledge the authority of the court, Mr McCartney said. He applied for and was granted bail on September 3.

Terrorism investigators had opposed bail, saying there was a risk Mr Abdi would interfere with witnesses, obstruct justice and fail to reappear.

The court was told it was alleged he had a radicalised belief system, telling his mother he had believed in ISIS since he was 14.

Ms Linford said Mr Abdi had on Wednesday cut off a GPS tracker he was required to wear under his bail conditions, setting off an alert.

In response, police attended Mr Abdi’s home around 4.30pm on Wednesday. Mr Abdi was not home and officers spoke to his father at the time.

Police returned to the home around 8.30pm and again spoke to the father, with Mr Abdi still not at home.

Officers searched bushland but could not located Mr Abdi of the tracking device.

Both officers involved in the shooting had body-worn cameras. Neither of the officers knew the man on the road was Mr Abdi, Ms Linford said.

“The background’s important because we’ve got to try to understand what it was that caused him to be there in the first instance,” she said.